I had the good fortune to attend my child’s recorder concert this morning and was one proud papa when I saw him walk into the cafeteria to take his place onstage with his classmates. Every seat in the audience was filled, and I made sure to find a seat right in the middle, ensuring a good view.

Once the music teacher raised his arms to start conducting the concert, another person also raised his arms — a parent in the second row raised his hands, and his iPad, and kept them up there for the next 25 minutes, recording the entire show. Now, I wasn’t in a seat that was easy to leave without making a lot of people unhappy, so I sat on my hands and simmered the whole time.

I had hoped to watch my little guy performing in his very first concert, but this was all I could see… 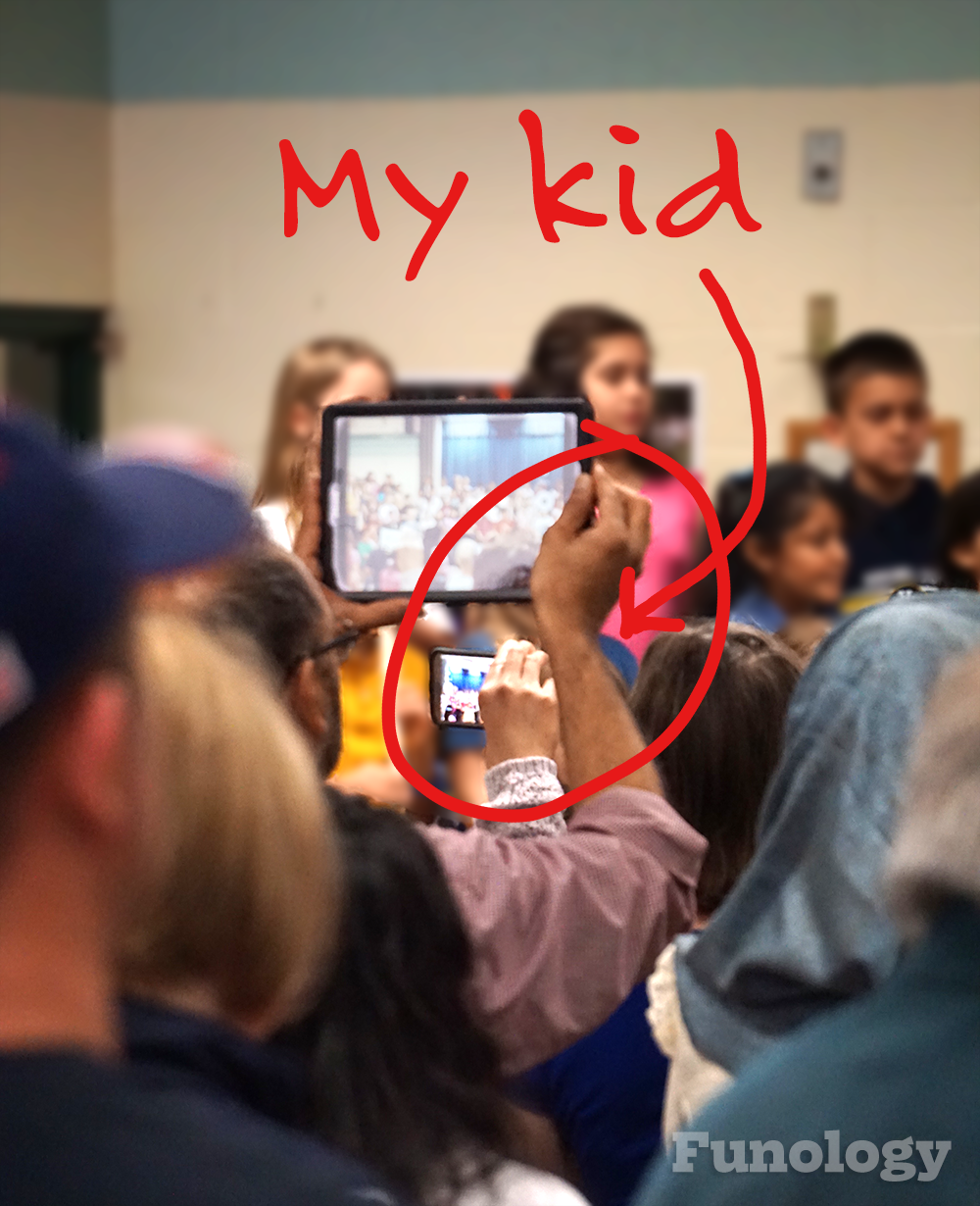 Whatever happened to common courtesy? How could this guy not realize that he was blocking the view of everyone behind him?

I wish I knew his name, because then I could ask him for a copy of his video, and finally see how great my son performed!

At a recent scout meeting, we were talking about what it means to be a good citizen. We've had … END_OF_DOCUMENT_TOKEN_TO_BE_REPLACED

Our youngest son plays on a soccer team that is blessed with two AMAZING coaches. These two dads … END_OF_DOCUMENT_TOKEN_TO_BE_REPLACED

Summer is almost here, and for many of us, that means hitting the road (or the skies) and going on … END_OF_DOCUMENT_TOKEN_TO_BE_REPLACED